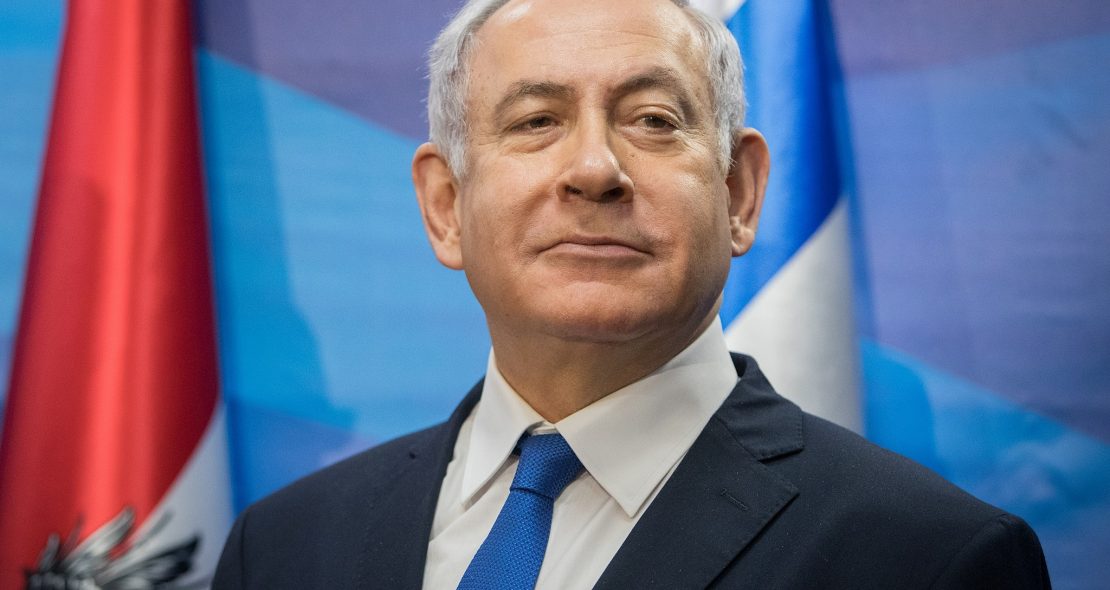 Israeli Prime Minister Benjamin Netanyahu secured a clear path to re-election on Wednesday, with religious-right parties set to hand him a parliamentary majority despite a close contest against his main centrist challenger, a vote tally showed.

It was a contest that was widely seen in Israel as a referendum on the PM’s character and record in the face of corruption allegations.

With more than 97 per cent of votes counted, Mr Netanyahu’s party looked likely to muster enough support to control 65 of the Knesset’s 120 seats and be named to head the next coalition government — a record fifth term as premier.

Mr Netanyahu faces possible indictment in three graft cases, and has denied wrongdoing in all of them.

Despite that, Mr Netanyahu gained four seats compared to his outgoing coalition government, according to a spreadsheet published by the Central Elections Committee of parties that won enough votes to enter the next parliament.

“It is a night of colossal victory,” Mr Netanyahu told cheering supporters.

“I want to make it clear, it will be a right-wing government, but I intend to be the prime minister of all Israeli citizens, right or left, Jews and non-Jews alike.”

Other right-wing factions look poised to back him, including ultranationalist and Jewish Orthodox parties.

As neither party won a majority, it has the potential to turn marginal political figures into “kingmakers”.

Earlier, all three Israeli television stations have declared Mr Netanyahu the narrow victor, although early results were tied and both sides initially claimed victory in the “too close to call” electoral race.

Mr Gantz’s Blue and White party releasing a statement that read: “We won! The Israeli public has had its say!”

In an open letter, Mr Gantz wrote: “The skies may look overcast … but they cannot conceal the sun of hope that we have brought to the Israeli people and society.”

Final results are expected on Friday.

Mr Netanyahu has been in power consecutively since 2009 after a first term from 1996 to 1999, and would be on track to become Israel’s longest-serving prime minister in July, overtaking the country’s founding father, David Ben-Gurion.

But Mr Netanyahu would face major obstacles as he faces possible criminal charges in three corruption cases for allegedly receiving luxury gifts from wealthy businessmen and dispensing favours in alleged bids for favourable coverage by a newspaper and a website.

He faces up to 10 years in jail if convicted of bribery and a maximum three-year term for fraud and breach of trust. The Attorney-General is expected to hand down his decision by the end of the year.

Mr Netanyahu has denied any wrongdoing, saying he is the victim of a political “witch hunt”.

The case has raised the requestion of immunity.

An indictment decision would follow a review hearing where Mr Netanyahu can be expected to argue he should be spared from prosecution, in the national interest.

Some political analysts predict he may try to pass a law granting himself immunity, as a sitting leader, from trial.